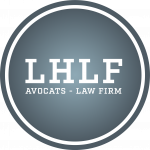 Overview of the exceptional tax measures related to COVID-19

Who is concerned and what are the conditions?

In response to the Covid-19 outbreak, several economic, tax and customs announcements have been
made by the French Government since March 3rd, 2020. The purpose of these measures is to provide
exceptional and « immediate » support to all companies facing financial difficulties. These measures are
for the most part welcome, and aim, generally speaking, to relieve companies of taxes due in March
2020, which is an excellent thing!

Having said that, the mere inventory of the proposed measures is not enough, and it deserves a little
analysis, structuring and a few thoughts of opportunity. This is the purpose of this article.

Broadly speaking, there are two categories of tax measures: those aimed at deferring or waiving taxes,
and those aimed at managing tax audit procedures.

The deferral of the next payment of all direct taxes due on March 2020 can be requested by all
companies (or their external accountants) « without justification and without penalties ». Practically
speaking, it means that, as soon as a request for deferral is filed, the payment of these taxes is
automatically postponed until the 16 of June 2020 (three-month deadline).

However, the Minister of the Economy and Finance has indicated that VAT and personal income
withholding tax cannot be included in these measures as this « would be too complicated, too
burdensome and with risks for the tax security ». Thus, unfortunately, the payment of these taxes is not
deferred.

Furthermore, businesses who have opted for the monthly payment of the business property tax (« CFE »)
are allowed to suspend payments and defer them until the balance is paid, directly through their
« impôts.gouv » accounts or by contacting the « Centre prélèvement service ».

The government’s swiftness of action on these points is most welcomed!

But does this postponement only concern the March deadlines or also the payments due the following
months? Given the current situation and subject to further measures, it seems likely that this deferral
also concerns the April 2020 deadlines (i.e. in particular for the payroll tax)… but this remains to be
confirmed.

In the event that companies have already paid the March deadlines, the Ministry of Finance has
announced on its website that it is possible to object to the SEPA direct debit (by contacting the
company’s bank directly) or to request a reimbursement from the relevant Tax Authorities Business Tax
Service (« Service des impôts des entreprises – SIE »).

But in what form can the request be made (i.e. submission of a specific form) and within what
timeframe? In practice, there are existing procedures for requesting a reimbursement; Are they
applicable in the current situation? It is quite likely, but we recommend formally confirming this with
the company’s relevant SIE though.

It should be noted in conclusion on this point that these measures consist in deferring the payment of
the taxes in question.

The effect on the company’s cash flow may be beneficial in the short term, however the tax debt will
remain, unless the authorities announce otherwise, but no such initiative has been mentioned at this
stage.

The announcements from the Government, which may vary if the economic situation were to be
lastingly affected, must be carefully monitored on a daily basis. We will be vigilant.

The government has also planned to allow companies to apply for a rebate of certain taxes. The
mechanism is therefore different from the deferral mechanism, since the rebate removes part or all of
the tax burden permanently.

These rebate requests will, however, be examined on an individual basis. Granted in a more restrictive
manner than deferrals, they will have to be justified and can only be granted in the event of serious
financial difficulties.

A priori, these « characterized difficulties » would be assessed by taking into account various factors, such
as the compared amount of monthly sales in 2019 and 2020, the nature (other than tax) and amount of
outstanding debts, the cash position, etc…

In practice, a specific request for deferral or rebate is available to taxpayers on the website impôt.gouv.
On 16 March 2020, the Minister of the Economy and Finance also announced that « no deadline has
been set for requesting this deferral ».

Practically speaking, given the announced individual examination of files, it would appear that the
‘immediate’ effect of the measure is more relative. Indeed, to date, no specific deadline has been set
for the processing of applications submitted in the context of the difficulties relating to the Coronavirus
– Covid 19.

Practically speaking, we therefore recommend that, in order to compensate for any processing delays,
a request for deferral should be submitted in parallel with a rebate request.

As tax agents working with the tax authroties are also affected by the containment measures in place in
France, the Minister of Action and Public Accounts has announced that ongoing tax audits will be
suspended and that no new audits will be initiated. At the same time, arrangements are reportedly
being considered for the enforced recovery of tax debts.

However, this announcement was made by the Minister through social networks and press articles. Will
this be officially confirmed? There is no assurance at this stage. Very close attention must be paid.

In very concrete terms, will this mean that the tax audits that are undergoing and which are subject to
specific deadlines are also suspended? Will it be possible, for example, not to respond within the time
limits to a reassessment notice sent a few days before the announcements were made?

These questions are critical, and in the absence of a clear position of the authorities, we strongly
recommend acting as if the ongoing procedures were continuing normally.

Additionally, upon the closure of the courts, litigations before the administrative judge and the judicial
judge are also suspended.

In conclusion, the Government has responded to some of the difficulties encountered by businesses
today. The responsiveness of the authorities and the unprecedented scale of the measures announced
should be enthusiastically welcomed.

We must, however, remain cautious with regard to the practical application of certain measures, and
carefully monitor the scope of the most « emblematic » measures, such as tax rebates or the suspension
of tax audits.

No representation or warranty (express or implied) is made as to the accuracy or completeness of the information contained in this publication and, to the extent permitted by law, Lighthouse LHLF, its members, employees and agents do not accept or assume any liability, obligation or duty of care for the consequences of your action or that of any other person acting or refraining from acting on the basis of the information contained in this publication or for any decision based thereon.